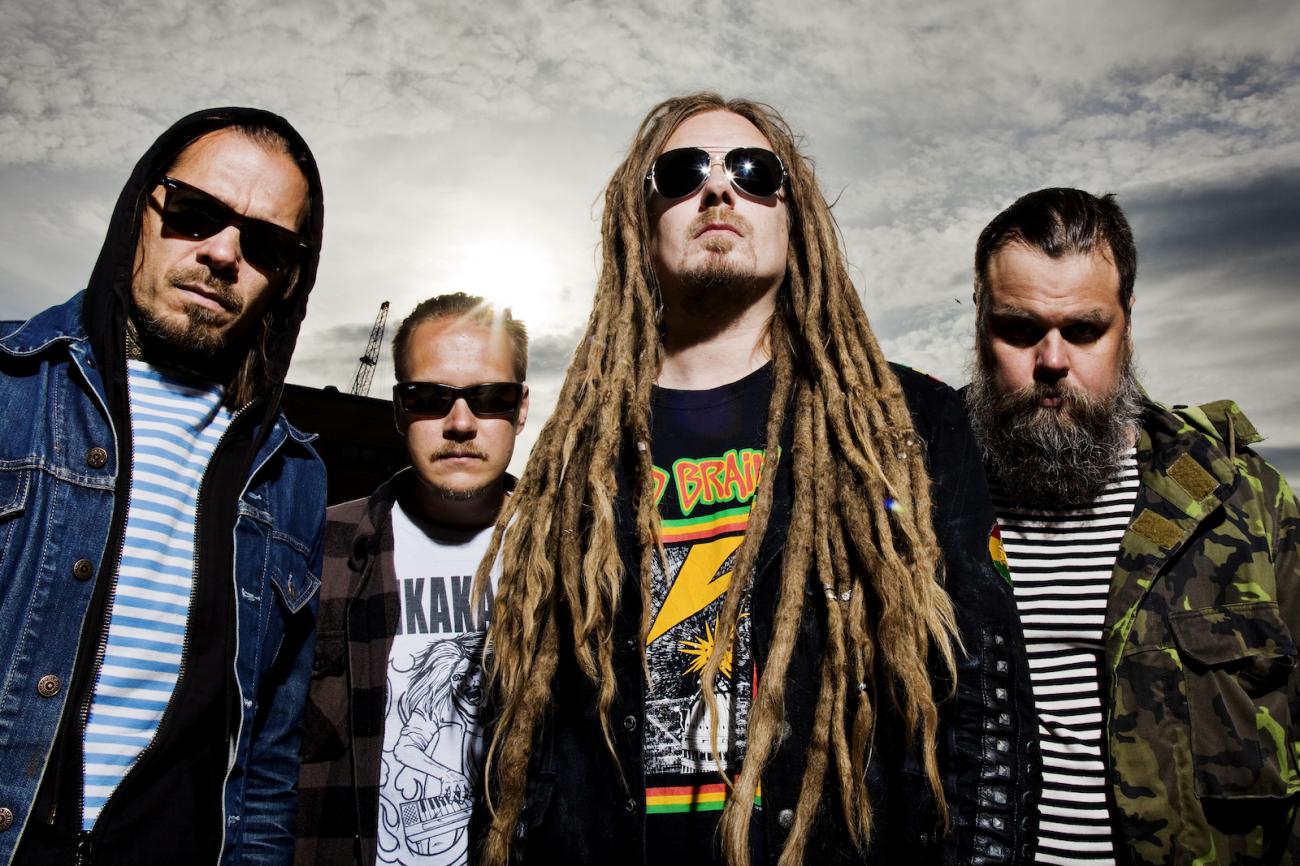 "We are sorry to inform you that our drummer Seppo has broken his arm, and is unable to perform on forthcoming european dates. Under these circumstances we are forced to cancel the tour. We sincerily apologize for the inconvenience. Ticket refunds are available at the point of purchase“


When formed in 2001, Daniel Lioneye originally consisted of Ville Valo (HIM) on drums, Mige (HIM) on bass and Linde (HIM) on guitar and vocals. That year, they released The King Of Rock 'n' Roll in Finland and Germany, a 'tongue in cheek' psychedelic stoner rock album. Performing festival shows in Finland under the name ‘Daniel Lioneye And The Joint Rollers,’ their music soon reached international audiences when the title track of the album was selected as the theme song for Bam Margera's MTV show, Viva La Bam. In 2006, "The King Of Rock 'n' Roll" was the most played Finnish song in the world (right after Sibelius, of course).

In 2008, Linde wanted to do a Daniel Lioneye album completely different than the last. The follow-up album, simply titled VOL II (The End Records), was an extreme rock n’ roll album much heavier than their first, quite noticeably influenced by black metal. The album represented everyday life- divorce, dealing with difficult situations and people, cannabis psychosis, extreme nightmares, self-realization, sex, moving on, standing up for yourself, anger management and the universe.

Now, Daniel Lioneye has teamed up yet again with The End Records (US) to release VOL III, an album that is, in many ways, a combination of their previous two. Basking in magnetic glow of the northern lights, this album deals with an existential crisis- depression, disappointment, being lost, meaninglessness.
Daniel Lioneye FB Daniel Lioneye TWITTER