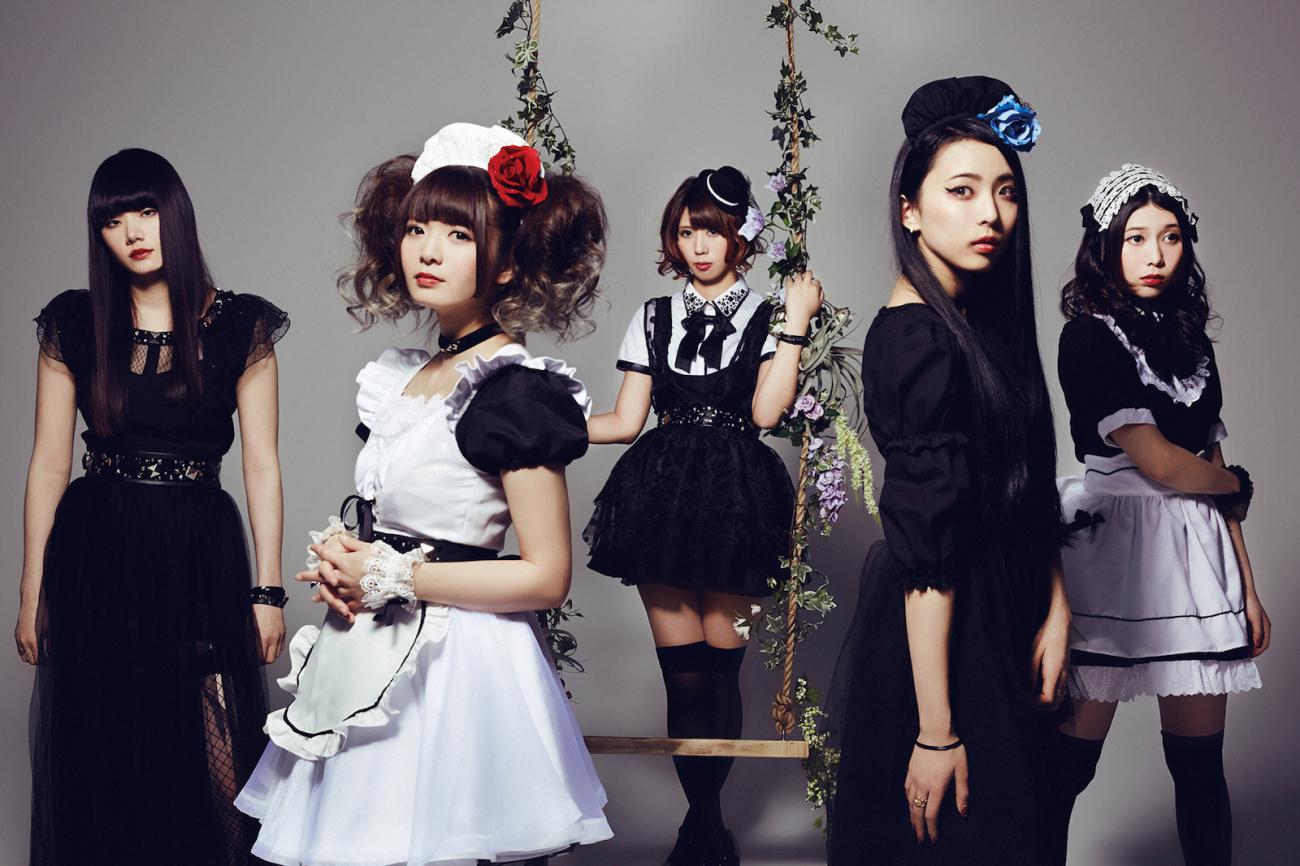 Kobato Miku (Gt./Vo.) was working in a Maid Cafe in Akihabara when she decided she wanted to start a band. She gathered up the members and the band was formed. Short after that Saiki (Vo.) joined the band, and they got their current twin-vocal line-up.

― “BAND-MAID” is…
A rock band that dresses up in maid clothing, refers to their lives as “service” and fans as “masters” and “princesses”. Their twin-vocal combination reminds of “shadow” and “light”, and their skillful and powerful instrument team backs the two vocalists up with passionate hard rock sound. They are still a young band with a history of only 3 years, but despite that they have already played at big venues such as SHIBUYA-AX and Zepp Tokyo, Momoiro Clover Z’s Event “AGO FES”, “OTODAMA”, “Niku ROCK Festival”, and performed together with artists like Silent Siren, ORESKABAND, HEAD PHONES PRESIDENT, and many more.

They charm the listeners with their music that is the complete opposite of their looks, and their music video “Thrill” was played over 2,000,000 times within only 2 weeks after it was uploaded on Facebook. The video is being with a pace of 7,000 views per day on YouTube, and it has already topped reached 2,000,000 views on YouTube.

BAND-MAID also has passionate masters and princesses overseas (especially America, Canada, Mexico), and they held their first overseas service in Seattle, America in SAKURA-CON in March 2016. They also performed at MCM COMIC CON in London, UK in May of the same year, and will be holding their first overseas headlining show in Mexico in October 2016.

Maid-typhoon will for sure blow the winds of rock around the world in year 2016.
BAND MAID HP BAND MAID FB